I think we often use certain buzzwords or jargon related to being trainers without pausing to look more deeply into what the words mean. I know that I often feel confused at what people mean when they use the terms diversity, equity, and inclusion (DEI). While there are various ways to define these terms, I liked how Independent Sector (“a coalition of nonprofits, foundations and corporate giving programs”) defined the concepts of DEI and rationale for why to care about them. I believe that learning about these concepts may require us to see them from a diverse set of perspectives and that this framework may help us begin or continue the journey to understand the variety of ways in which DEI may impact the training environment.

As a trainer, we work with people from many different backgrounds and communities, often in the same room. These three concepts of DEI give us a perspective through which we can describe the group’s interactions and cohesion. The four cases for leveraging DEI can help us better understand how DEI helps us in the training context. For example, adjusting a few of these levers can help to improve the performance of the group, the learning of the group, the feeling of connectedness and triumph, and many other outcomes and experiences for the participants and trainers. Also, paying attention to these concepts can help us navigate and resolve challenges that may arise on our trainings. Lastly, these concepts are becoming more and more ingrained in the educational and business contexts, and a better understanding of them can help us communicate more clearly and align more closely with those inside and outside of the projects.

Diversity, Equity, and Inclusion (DEI) are three elements that many organizations are valuing more and more these days. Before we can more deeply incorporate these elements into how we behave as trainers, I think we should take a step back to make sure that we understand what these three terms mean.

There are many ways to define these terms, so I’ve chosen the definitions that resonated most with me, which came from Independent Sector:

Diversity includes all the ways in which people differ, encompassing the different characteristics that make one individual or group different from another. While diversity is often used in reference to race, ethnicity, and gender, we embrace a broader definition of diversity that also includes age, national origin, religion, disability, sexual orientation, socioeconomic status, education, marital status, language, and physical appearance. Our definition also includes diversity of thought: ideas, perspectives, and values. We also recognize that individuals affiliate with multiple identities.

Equity is the fair treatment, access, opportunity, and advancement for all people, while at the same time striving to identify and eliminate barriers that have prevented the full participation of some groups. Improving equity involves increasing justice and fairness within the procedures and processes of institutions or systems, as well as in their distribution of resources. Tackling equity issues requires an understanding of the root causes of outcome disparities within our society.

Inclusion is the act of creating environments in which any individual or group can be and feel welcomed, respected, supported, and valued to fully participate. An inclusive and welcoming climate embraces differences and offers respect in words and actions for all people. It’s important to note that while an inclusive group is by definition diverse, a diverse group isn’t always inclusive. Increasingly, recognition of unconscious or ‘implicit bias’ helps organizations to be deliberate about addressing issues of inclusivity.

What is an analogy that might help me understand DEI better?

Let’s say we’re organizing a running competition for our community. In this case, diversity is inviting people from many different races, ethnicities, ages, genders, religions, socioeconomic statuses, abilities, etc., to participate in the competition. Equity is realizing that some people will run much faster than others (because they’ve had a lot of training, have expensive shoes, have more physical abilities, etc.) and, so in order to create more fair competition, either giving a head start to the people who are disadvantaged or maybe having a few different races for people of different speed levels. Inclusion is making sure that everyone feels welcomed and is able to participate in the competition—perhaps by having a separate race for people who are in wheelchairs, allowing people to wear a variety of culturally-appropriate running uniforms, and/or providing bathrooms that cater to people of various gender and religious identities.

Why does DEI matter?

While there may be many reasons, I liked how Independent Sector divided the arguments into four main categories:

The moral or social justice case

“Each person has value to contribute, and that we must address barriers and historical factors that have led to unfair conditions for marginalized populations.”

Basically, it argues that everyone is a human being with equal self-worth and should be treated as such. It’s about giving opportunities to those that wouldn’t normally have opportunities because of being born into a group that a society has not traditionally celebrated or valued as much as others. It aligns with the UN Declaration of Human Rights and a long philosophical history of wanting fair opportunities and treatment of all human beings. I would say that this is one of the arguments most commonly used for DEI.

“Organizations and countries that tap into diverse talent pools are stronger and more efficient.”

A lot of money can be lost when people leave an organization for being unfair or discriminatory, and many others won’t join if that’s the situation. Groups that focus on DEI can attract the best talent across many communities. The overall economy can be more efficient when talent is better allocated. When only certain roles are available to certain groups, it excludes individuals of other groups who may have better skills for those roles.

“Organizations will better serve their customers if they reflect the diversity of their market base.”

DEI can help groups better understand the needs of their customers and build better relationships with them. Much of our cultural knowledge is tacit and very hard to explain to others. Harry Collins explains in his book, Tacit and Explicit Knowledge, that there are three types of tacit knowledge: relational, somatic, and collective. He says the hardest one to transfer to others through words is the collective tacit knowledge, which is knowledge that is embedded in our social environment. If we hire people who understand that collective tacit knowledge because they’re a part of that community, often they can create products and services that resonate strongly with the customer group that we couldn’t create otherwise.

DEI can actually help the organization or group create much stronger results. Katherine Phillips found that “people in diverse groups work harder, share information more broadly and consider a wider range of views than those of just one race, culture or gender.” She also found that while diverse groups had better outcomes, the people in them believed that they had worse outcomes than the homogeneous groups, probably because “social diversity in a group can cause discomfort, rougher interactions, a lack of trust, greater perceived interpersonal conflict, lower communication, less cohesion, more concern about disrespect, and other problems.” So even though sometimes we may not think that it’s leading to stronger outcomes, it often does.

How can I apply these concepts on my trainings?

However, I believe two of the main areas are the training team and the participant group.

Sometimes, whether intentional or not, we create training teams that are very much like us. If we’re men, sometimes we create a team of all men. If we’re from one country, perhaps we choose people from that country or neighboring countries. There’s an old adage that says, “like attracts like.”

When choosing participants for a project, sometimes we actively recruit specific people and other times it happens more passively or indirectly through how we market or advertise the training. Similar to choosing the training team, we can have the tendency to find participants who are similar to us, who see the world as we do, and may even look like us. Again, giving a training to a diverse group of participants can bring many unforeseen benefits.

In many ways, diversity, equity, and inclusion can make or break our workshops. I outlined four cases for why DEI is important for us as trainers, not just in reducing negative outcomes, but also in increasing positive ones. I’m sure there are many ways to approach DEI, and yet I hope that what I’ve described above helps you to start seeing DEI in a new light, recognizing them as powerful tools to improve the trainings you lead.

DEI of the beholder: Exploring the subjectivity of diversity, equity, and inclusion 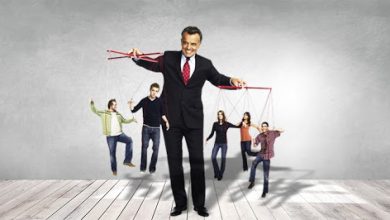 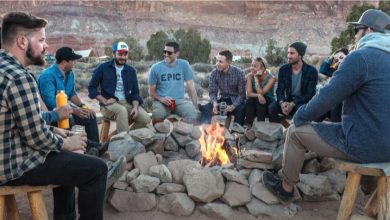 The Science Behind Empathy 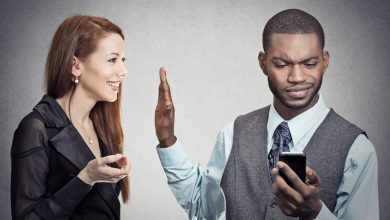