I think sometimes we choose topics in academia and organizations that sound very concrete and easy to identify, and yet they can be very hard to pin down. I believe that’s the case with DEI. I think it’s important to explore the dictionary definitions of these terms, but also to dive into the details of how people decide if something is diverse, equitable, and inclusive in the implementation itself. What makes something diverse? How diverse is diverse enough? When is something equitable? What makes something inclusive or exclusive? I find it helpful to explore a variety of questions that remain in this space and to highlight the largely relative nature of how these terms will be defined in our experience as trainers.

In bringing people through nonformal educational experiences, we play with many layers of uncertainty—when will the activity end, what will the participants learn, how will the group interact with each other, what events will change the direction of the training, etc.

One of the main areas of uncertainty is how people are feeling in the group. Despite our efforts to craft the perfect group dynamics, we may fail or succeed in ways that we didn’t anticipate. When it comes to DEI, what we do may not always equal how people feel. We may try to create the most diverse participant group and find that 30% of the people thought there wasn’t enough diversity. We may think we failed on including people on the margins and then find out that those people have never felt so included in a group. We may have no idea how the training went, where people say one thing during the training, another after the training, and yet another a few months later, or say nothing at all! I believe that as a trainer, we may learn a lot in exploring how people may or may not believe a training was diverse, equitable, or inclusive.

If everyone had the same definition, I think it would be much easier for us to implement DEI in our trainings and organizations. We could easily measure the current state, take some actions, measure the future state, and compare how we did. However, our ability to do this depends on how clearly we can agree on what those three things mean.

In a previous article, I described some definitions of what diversity, equity, and inclusion are. In this article, I want to show how people in our trainings and organizations may judge these concepts differently than others.

Diversity is about differences, but some people see more differences than others

I think it may be easier to describe this using an extended metaphor. So instead of talking about a training group, I’m going to start by talking about a wine-tasting event.

Let’s say we set up a wine-tasting event for people in town. We try to include a diverse set of wines, so we get wines of different colors, regions, brands, levels of sweetness, ages, and bottle shapes. We set all the wines out for people to taste and invite them to enjoy themselves.

After the event, we ask the participants to answer a survey about how satisfied they were with the diversity of the wines on a scale from 1-10 (10 being the most satisfied) and to write a few sentences explaining their answer.

So, how diverse was the selection of wines? Just looking at those five results of the survey, it may be hard to determine whether the selection was considered diverse. In measuring whether something is different enough, we are going to get different opinions. Does this make it impossible to measure? No, we can take averages, do more in-depth interviews, and come to better approximations of what people believe and feel. However, at the end of the day, we will still have different answers about whether something was diverse.

Equity is about fairness, but some people see more fairness than others

For this one, I want to use an extended metaphor of a basketball game.

Let’s say we host a basketball game with 10 people from many different heights, ages, and experience playing basketball. Because we want the game to be exciting and not one team to easily defeat the other, we create rules to make it more even. The first rule is that each team needs to have an equal amount of people who have played on an organized basketball team before—we don’t want one team to have all the experienced players. The second rule is that the players over 2 meters tall cannot block the shots of the shorter players—this way, the short players have a more fair chance at scoring. The third rule is that before either team shoots a basket, at least one player under the age of 16 on that team has to touch the ball—this way the young kids are guaranteed an opportunity to touch the ball.

After the game, we ask the participants to answer a survey about how equitable they thought the game was on a scale from 1-10 (10 being the most equitable) and to write a few sentences explaining their answer.

So, were the rules equitable? Some people liked the rules, others liked some of them, others thought they were intentionally designed to make it even more unfair for them. Again, there are ways to dive into this more deeply, to pull apart whether the participants found the process, rules, and environment to be equitable, and yet, there may always be disagreement on exactly how equitable something is.

Inclusion is about feeling integrated, but some people feel more integrated than others

For the final analogy, I’d like to talk about a dance party.

Let’s say we host a dance party, where we invite people from many different ages, nationalities, religions, ethnicities, genders, and sexual orientations. We want the party to be inclusive and we know that music is a key component to that, so we tell the guests that we will have a DJ that will take song requests and that if they don’t think the DJ will have the songs they want, they can bring the songs on a USB drive for the DJ to play. Also recognizing that not everyone may want to dance, we create a quiet room for people to relax and a talking room for people to talk.

After the party, we ask the participants to answer a survey (yes, a little weird after a party) about how included they felt on a scale from 1-10 (10 being the most included) and to write a few sentences explaining their answer.

So, if these definitions are subjective, how can I use them as a trainer?

I think the concepts of diversity, equity, and inclusion can act as dynamic tools to guide conversations. There are multiple times before, during, and after trainings where we can interact with participants and other stakeholders to ask them how they see the diversity, equity, and inclusion of the project, so that we can adjust accordingly. Below I’ve identified just a few examples of how we can use these concepts.

What about how outsiders see the DEI of the training?

In the examples above, I talked about how the people directly involved with the project could vary in how they judge the project to be diverse, equitable, and inclusive. However, often there are people outside of the project who will judge those things as well. Someone may see a post on social media and see that everyone looks the same or have heard a story from one of the participants about how it wasn’t fair and then spread that perspective on the internet. I believe that most of the articles in this Trainers Library talk about how to interact with the trainers, participants, and maybe one or two layers outside. I think we also need to consider the people who may be loosely connected to the project but also still care about it.

Again, just as we can do with the trainers and participants, we can use the DEI concepts to guide our conversations with external stakeholders. We can engage with people on social media who don’t see a lot of diversity, equity, or inclusion in our trainings and enter into dialogue with them to learn from their perspectives. Sometimes we may have every participant feel included, see the diversity, and see the equity, and yet people from the outside don’t. It doesn’t mean one is right and the other is wrong, it just means that people have different perspectives and we can learn from those perspectives.

I believe this is more and more important as we disseminate our work to people who weren’t directly involved. Again, it’s not about defending how right we are and wrong the other people are, it’s about learning from each other and having a much wider conversation than just the training itself.

I hope that after reading this, you feel a little more comfortable with the terms of diversity, equity, and inclusion, and recognize that they are not static entities but dynamic conversations that we will continue to have with ourselves and the other people in our training environments. Also, I believe we’ll never achieve perfect diversity, equity, or inclusion, and yet we can strive to listen and learn how to make our trainings more diverse, equitable, and inclusive for all of those involved.

Why DEI: Four Cases for Diversity, Equity, and Inclusion

Being lucky to learn and grow 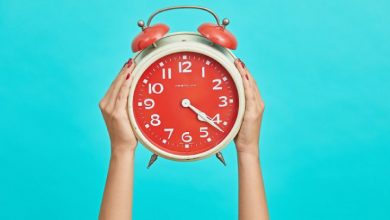 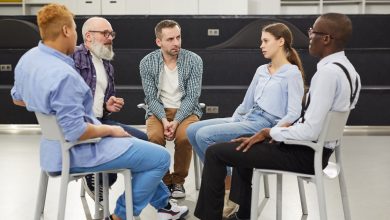 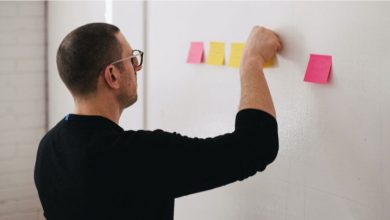 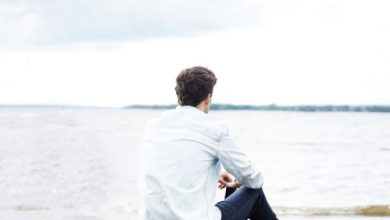