Good communication tops most people’s lists of important skills for working in a team. One of the most important person-to-person communication skills is the ability to give and receive criticism effectively. It is also one of the most challenging skills. In the text bellow, we are going to talk about some techniques that can be used for developing the ability to give and to receive criticism.

As a teenager, I had a rebellious character. I wasn’t afraid of confrontation and I always spoke my mind. I was able to enter a delicate conversation and to advocate my opinions in a very raw way. Often those discussions included criticism or negative feedback, especially with the closest family and friends. We were sometimes ending in confrontation, escalating discussions, win-lose scenarios, or even when it was win-win or lose-lose there was a feeling of “it is not worth it”.

After the teenage years, while I became more self-aware, I noticed that my relationships with my family and coworkers are improving because I consciously choose the situation in which I phrase criticism, I pay attention to my tone or I control my gestures. The improvement of my relationships, resulted with – cooperating, respecting each other and appreciating the extra efforts and kindness in a positive atmosphere that made the things to go more smoothly, faster and better, even when dealing with strong opinions. That made me dive in, learn and master the skill on how to phrase criticism better, since I already noticed an immediate effect on my relationships and cooperation with my family, friends and coworkers.

Often when we hear the word criticism, we connect it with something negative, with giving or receiving unfavorable comments. Actually, the meaning of the word criticism is “art of estimating literary or artistic worth”. Even though most of the criticism is focused on something that can be improved or done better, criticism can also be positive, appreciation of someone’s work. A critic is a person giving criticism, the one who expresses a reasoned opinion on any matter especially involving a judgment of its value, truth, righteousness, beauty, or technique.

Whenever we respond to another person, we are giving that person a feedback. We may be reacting to any number of things:

Similarly, our criticism can take many forms. We can show our reactions verbally, through speaking or writing, or we can react nonverbally, using our body language and facial expressions. As useful as criticism can be, many of us are reluctant to give or receive it. This is the result of misperceptions we have about criticism. Often, people still associate criticism with hurtful words. They don’t want to hurt the feelings of others, and also they don’t want their own work to be criticized. Criticism doesn’t have to be negative and hurtful. If used with certain techniques, criticism can be effective and beneficial for the recipient, thus strengthen the relationship. We are going to focus on effective criticism, how to give it and how to receive criticism effectively.

There are two main types of effective criticism:

When constructive criticism takes the form of redirection and reinforcement, it has several useful characteristics:

A key feature that helps make the criticism useful is the number of details it provides. Criticism is most helpful when it provides as much detailed information about our actions as possible. Detailed criticism should be:

In order to incorporate as many details into constructive criticism as possible, it is best to get as close as possible to the time when the act in question actually occurred. It is always easier to discuss something when events are fresh in everyone’s mind. It is important to balance the need for a timely response against the need to prepare for the criticism session.

According to the Poertner and Massetti Miller, authors of the book “The art of giving and receiving feedback”, there are 7 main steps for giving effective feedback/criticism:

For a detailed explanation of all these steps, refer to chapter 4 from the earlier mentioned book: “The art of giving and receiving feedback”.

Phrasing criticism can encourage a behavior of correcting the actions, which is exactly what the critique is meant for. It can also provoke other unwanted reactions such as avoiding, denying, ignoring, or even re-allocating responsibility. Being able to phrase constructive criticism and feedback, will increase the cohesion, the cooperation and the understanding in your teams and it will contribute to achieve better results. Your participants will be able to see that in real life and follow by example. The team is the biggest asset that you have and improving the skills of phrasing criticism should be a priority in all teams of trainers.

Sit down with your team and openly discuss with them about giving criticism. Talk about the earlier mentioned steps. Lead by example and give feedback to others and invite them to give feedback to you. What is done well by you and your team members? What can be improved?

Why is it important to give and receive criticism respectfully, honestly and constructively?

Co-Author of the article Aleksandar Cickovic

is vice president and co-founder of the Croatian NGO Ocean Znanja, main coordinator for mobilities at NaturKultur e.V. Aleksandar has been actively doing youth work since 2013 and has since participated, organized or worked as a trainer on more than 60 projects in Erasmus+/Youth in Action. He is facilitating and leading international workshops in Germany, Croatia, and other countries.

After getting his master’s degree in marketing, he worked in big companies such as Booking.com and IPSOS. His main focus is on team building, teamwork and development of an entrepreneurial way of thinking. 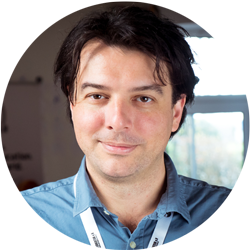 Co-Author of the article Darko Mitevski

Darko Mitevski has been an international trainer, project manager and youth worker since 2002. In his career, he has been a trainer for different kinds of NGOs and social enterprises, a lecturer at different universities, trainer for companies and consultant for development of organizations. He has been leading the “Train the trainers – It’s up to me” which is going to have its 7th edition in 2020 and is the founder of the Trainers Library. He is passionate about innovation, the development of young trainers and transfer of know-how. Darko has created many manuals, tools, guides in a formal and non-formal education environment. He has experience in managing virtual multinational teams, leading a different kind of organizations, taking part in a variety of task forces and initiatives. He has an MBA degree and a Bachelors in Business Administration.

Can I handle receiving criticism and feedback? 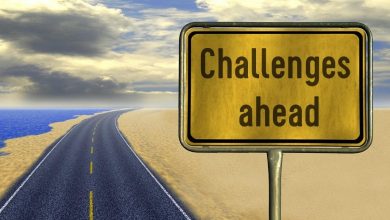 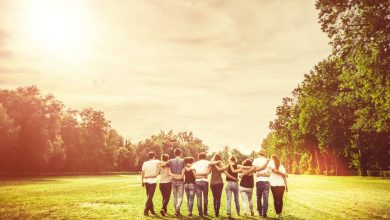 Why trust and team spirit matter? 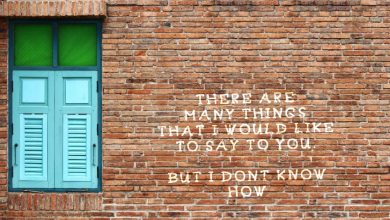 What do people want?