This tool helped me to become aware of my own biases, which I previously was completely unaware of. With this awareness, I understand better the factors that are influencing my decision-making processes and am more equipped to be objective because I can choose not to act according to my biases.

From the simplest detail of selecting individuals for activity participation to the more complex details of designing and planning a training, bias affects the trainer’s decisions and behavior. Therefore, being able to identify the type or types of biases that a trainer has, as well as those from the participants, would significantly increase the quality of the training in addition to the personal qualities of both the trainer and the participants.

We all like to think that we are rational and logical in our everyday decisions, and even more so in big important decisions. However, the truth is that we are all under the influence of several types of biases. Decisions and behaviors related to career, relationship, investment, location, and even something as simple as choosing what to have for dinner are all affected by cognitive or emotional biases. Some of those types of biases are obvious, we know we are being biased and sometimes we even like it. Other types, however, are much subtler, and we have no idea of how much it is affecting our decisions. This is due to the fact that our attention is limited, we cannot pay attention to every single detail of what we do, and a considerable portion of it is automatic. Think of the magic tricks, magicians only control our attention to make us think that they are doing something impossible or supernatural. Because again, we cannot focus on every single detail.

However, when we are aware of something, we start focusing on it more. If someone mentions a red car, you will start seeing red cars more often. Not because the number of red cars increased, but because you are aware of it more, so you notice it more. The same concept applies with bias, once you are aware of the types of biases, you will start recognizing it more often. This is exactly the purpose of this article, where we will present some of the most common biases in behavioral psychology.

Confirmation bias: The confirmation bias is based on the finding that people tend to listen more often to information that confirms the beliefs they already have (Cherry, 2018) or what they think they know (Dwyer, 2018). Through this bias, people tend to favor information that confirms their previously held beliefs. It is seen most clearly when people listen to the same story, but each will walk away with their own interpretations that they feel confirms their point of view on that particular issue.

Scholars, business people, recruiters and even coders (computer programmers) are some categories of people that we can give as examples of the effect of this type of bias. For scholars and academicians, we can see many cases where the researcher looks for evidence to validate his hypothesis or point of view rather than looking for both sides. Investors do this too, we often see them analyze a stock and later research reports that supported their thesis instead of seeking out information that might poke holes in their opinion (PARKER, 2018). An investor may have a belief about market conditions (or a trainer having a belief on a training) and gravitate toward information sources that confirm that belief (Stalter, 2015). In such cases, it is better to consider information from multiple sources regardless of the type (supporting/against your belief/what you know).

Recruiters tend to make a fast judgment on potential employees. When they make a judgment about another person, they subconsciously look for evidence to back up our own opinions of that person. They do this because they want to believe they are right and that they have made the right assessment of a person (Pratt, 2016). Computer scientists are also influenced by this type of bias, they tend to unconsciously filter out feedback from users that does not help in supporting our assumptions no matter how valid it might be (Ching, 2016).

Anchoring Bias: We also tend to be overly influenced by the first piece of information that we hear, a phenomenon referred to as the anchoring bias or anchoring effect. For example, the first number voiced during a price negotiation typically becomes the anchoring point from which all further negotiations are based (Cherry, 2018). In a salary negotiation for example, whoever makes the first offer establishes a range of reasonable possibilities in each person’s mind (WOOD, 2015). In other words, Anchoring is the idea that we use pre-existing data as a reference point for all subsequent data, which can skew our decision-making processes (CFI, 2018).

This tricky little cognitive bias doesn’t just influence things like salary or price negotiations. Doctors, for example, can become susceptible to the anchoring bias when diagnosing patients. The physician’s first impressions of the patient often create an anchoring point that can sometimes incorrectly influence all subsequent diagnostic assessments. If you ever see a new doctor and she asks you to tell her your whole story even though everything should be in your records, this is why (Cherry, 2018). It is to get to the bottom of the issue, to attempt to uncover a detail that might have been overlooked due to this type of bias.

Self-Serving Bias: this might be the most common one, and you might relate to it. Ever fail an exam because your teacher hates you? Ever go in the following week and ace the next one because you studied extra hard despite that teacher? Congratulations, you’ve engaged the self-serving bias! We attribute successes and positive outcomes to our doing, basking in our own glory when things go right; but, when we face failure and negative outcomes, we tend to attribute these events to other people or contextual factors outside ourselves (Dwyer, 2018). However, this bias does serve an important role; it helps protect our self-esteem. But, it can often also lead to faulty attributions, such as blaming others for our own shortcomings (Cherry, 2018).

The effects of this bias can sometimes be reversed, when people are depressed or have low self-esteem then their attribution style is flipped. They attribute positive events to chance or external help and attribute negative events to their own character. If someone is feeling irritable, they might attribute negative events to a combination of internal and external factors “I suck and everybody sucks.” (Boyes, 2013). In addition, culture may affect the level of this bias. Experts suggest that while this bias is quite widespread in Western cultures including the United States and Canada, it tends to be much less frequent in Eastern cultures like China and Japan (Cherry, 2018).

Try to analyze your behaviors and decisions as much as possible whenever you are aware of it, then try to identify if there is a bias or not. If there is, try to identify the type of bias. Try to focus on a limited type of biases (3 for example), then add more as you get comfortable with them. It is more important to know what kind of bias you have then to avoid it.

Source
Boyes, A. (2013, 1 9). The Self-Serving Bias - Definition, Research, and Antidotes. From www.psychologytoday.comCFI. (2018). Cognitive Bias. From corporatefinanceinstitute.comCherry, K. (2018, 10 25). 10 Cognitive Biases That Distort Your Thinking. From www.verywellmind.comCherry, K. (2018, 2 12). How the Self-Serving Bias Protects Self-Esteem. From www.verywellmind.comChing, T. C. (2016, 9 27). Types of cognitive biases you need to be aware of as a researcher. From uxdesign.ccDwyer, C. (2018, 9 7). 12 Common Biases that Affect How We Make Everyday Decisions. From www.psychologytoday.comPARKER, T. (2018, 5 3). Behavioral Bias: Cognitive Versus Emotional Bias in Investing. From www.investopedia.comPratt, S. (2016, 11 3). 9 Types of Unconscious Bias and the Shocking Ways They Affect Your Recruiting Efforts. From www.socialtalent.comStalter, K. (2015, 5 26). 7 Behavioral Biases That May Hurt Your Investments. From money.usnews.comWOOD, J. M. (2015, 9 17). 20 Cognitive Biases That Affect Your Decisions. From mentalfloss.comFeatured image from mentalfloss.com
Tags
Behavioral Bias bias Cognitive Bias Types of Bias
March 7, 2020
0 240 6 minutes read
Facebook Twitter LinkedIn Reddit WhatsApp Telegram Viber Share via Email Print

The stages of change 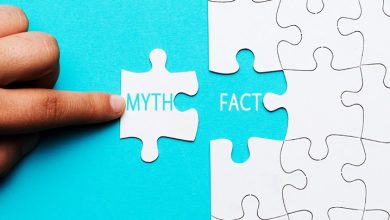 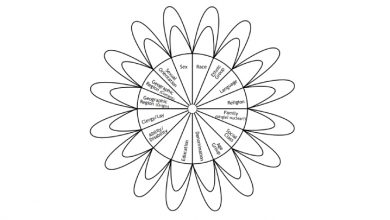