The pillars of Modern Democratic rules are: Citizen participation, equality, political tolerance, accountability, transparency, regular, free and fair elections, economic freedom, control of the abuse of power, bill of rights, a culture of accepting the results of elections, Human rights, multi-party system, neutrality of state institutions, Rule of law.[1] Quality and effective regular, free and fair elections consist of two elements. First, the political parties who are offering certain political options and citizens who have to choose among several political options. How and who will elect the parliament depends on the citizen choices and priorities. Most probably citizens will elect the political option that is overlapping with most of their priorities. It is a really important youth to be aware of the importance of their voting right and on the other hand as future leaders to be aware of what kind of policies would like to implement. Putting in the shoes of one leader and on the shoes of a citizen with the right to vote will raise their awareness of this importance.

Simulation of British Parliament Election is a tool that for a moment puts the learners in the shoes of the political leaders on one hand, and on the other hand in the shoes of the citizen with a valid right to vote. In the beginning, this may seem simple and easy for most of the learners. Sharing role-plays. Two persons will be political leaders of the two biggest parties in the UK. One will be a leader of the Labour party and the second one of the Conservative party. Choose 8 learners that will be MP candidates. One journalist and one girl that will play the role of the Queen. The rest of the learners will be citizens with a valid right to vote. Give 3 topics to parities leaders to prepare speeches for TV debate. Topics should be burning issues at the moment. On the same topic will debate MPs after the elections. The MP debate will be in the British Parliamentary debate format.

There are eight speakers in this format: two teams of two people on each side. Each speaker gives a speech of up to five minutes (sometimes, longer seven-minute speeches might be requested). The first and last minute are protected, but between these times points of information may be offered. The speeches are given alternating between proposition and opposition, beginning with the first proposition team. The second teams on each side (the final four speakers) must take care to ensure that they offer new ideas to the debate -they cannot simply repeat what the team before them has already said. The final speaker on each side is the summary speaker: they cannot introduce completely new arguments (although they may give some new responses) and should summarize the debate so far.

Each team should prepare, and is judged, separately. This means at the end, they will be ranked from 1 to 4. It is entirely possible, for example, for one proposition team to come first whilst the other comes fourth. The journalist will put these 3 topics on the table on the TV debate. After the TV debate, citizens (learners in the group) will vote. The trainer will count the votes. The Queen will appoint the Prime minister. After this follows the debate in the Parliament.

Party leaders and MPs will have to prepare their speeches but in the context of the political situation in the UK. This will be challenging for the learners since they will have different own opinion at some points but will have to accord their own opinions with the current situation in the UK. At this point, they will learn about democracy and human rights and how to apply them in real life. Will face obstacles in real life. On the other hand, citizens will have to think twice before voting for any of the 2 options.

I choose the simulation of the British Parliament Election because a learner will understand better the democratic processes. Learners will have the opportunity to develop their solution and police in the frame of democracy and human rights. Even more, the learner will understand that is up to their choice of what kind of policies will be implemented. This tool allows participants to experience a democratic learning community.

Which human rights were protected by the Labour party?

What were the priorities of the Conservative party?

On what was based on your decision for whom you will vote?

“Excellence is never an accident. It is always the result of high intention, sincere effort, and intelligent execution; it represents the wise choice of many alternatives – choice, not chance, determines your destiny.”— Aristotle

”May your choices reflect your hopes, not your fears” – Nelson Mandela

[1] CONCEPTS AND PRINCIPLES OF DEMOCRATIC GOVERNANCE AND ACCOUNTABILITY, a guide for peer educators.

The exercise is described in the tool, if you work with a group of learners, still you can do it on your own as well. Take time for yourself. Take a piece of paper, and try to brainstorm about the following questions: 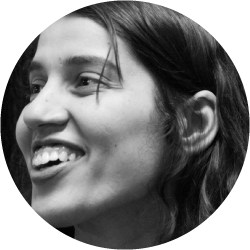 Author of the article: Vafire Muharemi

Vafire has been working as a project coordinator in a Macedonian NGO (Volunteer Centre Skopje) for 2 years. She has been managing local, national and international projects, mainly funded by Erasmus+ program. As a trainer she has delivered seven international TC on creative writing and emotional intelligence as her field of expertise. Vafire has been mentor of ten volunteers coming from vulnerable communities from Belgium and she has also been a coach of twelve national volunteers from EVS/ESC projects abroad. At the moment she is working in the NGO Go Green (www.gogreen.mk) where she is managing the Erasmus+ projects and the training program for the membership.

The 4 levels of listening 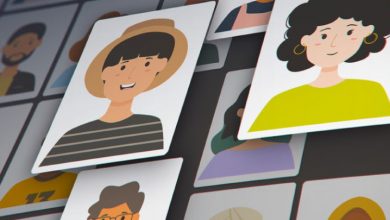 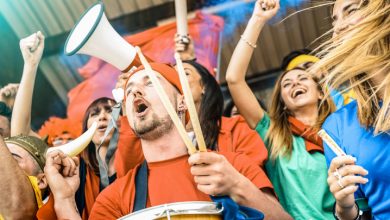 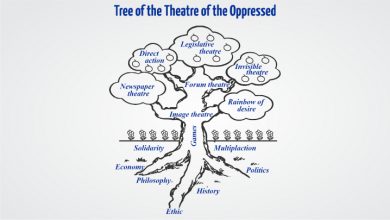 Get back to your true nature (video) – Dr. Gabor Mate