I like to take the approach where I reduce the number of variables in an activity so that I can better see which variables are causing the problems and can therefore change the outcome by changing the variables. It may come from my engineering background, where I like to solve a problem at its root. I think that too often we try to adapt many aspects of a workshop whereas a small change can make a big impact. I like this tool because it tries to reduce the variables to just the learning group, seeing how the workshop works for some and doesn’t work for others and trying to see the underlying patterns. It eliminates as many variables as it can from the delivery side, including location, timing, exercises, training team, etc.

As a trainer, we will work with many different learning groups. Even if a learning group seems similar in one aspect, it may differ in another. For example, even if all of the participants are youth workers, they may work with different types of youth—e.g., refugees, youth with disabilities, low-income, etc. Other variables that can come into play include age, nationality, gender, academic ability, language ability, athletic ability, body size, conflict styles, current state of being, relationship statuses, financial statuses, etc. I think that with so much possible diversity, we may want to tweak our teaching style more than would be necessary. When running the same workshop with different groups, we may be surprised that certain things work across all of these differences because as different as we may be, we have so much in common. We also may learn that some groups we think are very similar may in fact require different approaches.

This article is about standardizing a workshop and running it with a variety of learning groups. The purpose is for us to find only the necessary things that we need to tweak from group to group, so that we can have efficiency in our delivery but also the necessary customization for our group.

This is related to the field of Dimensionality Reduction, or a specific type called Factor Analysis. Factor analysis is used in marketing, psychometrics, and other fields, to try to find the few variables amongst the many that are causing the particular results. In many situations there are a large number of variables and dimensionality reduction is about reducing the number of variables to find the ones that are really causing the problem.

Many times in training, we are unaware of the effects of our decisions. We decide to make the workshop a little longer, or we use a method where people write instead of speak, and not only do we not know how effective it is for one group, if we change it for the next group, we may assume that it would NOT have worked with them, even though it may not have been the fault of the exercise but something else. Often times I think we assume what we have won’t work for Y group because of X reason, even though that may not be the case.

With running the workshop as exactly the same as possible, we eliminate as many variables from the workshop side as we can. Running it in the same way means using the same trainers, roles, language, examples, timing, location, procedure, instructions, lighting, visual aids, handouts, and more. In this way, we make the workshop itself change as little as possible.

Then we take the standardized workshop and run it with a wide variety of groups, to compare and contrast how it works for the diverse groups, so that we can see the impact of the diversity.

Let’s take a common trust-building workshop: the trust fall. Let’s fix the variables of the workshop:

Then let’s run it with three different groups:

What we may find is that in the first two groups, 90% of the people participate, with a few opting to sit out. In the third group, perhaps only 60% participate, with the others sitting out. Then we can start to see what the groups have in common. Maybe we assume that more people didn’t participate in the last group because they were exposed to sexual abuse, but we may be mistaken. Perhaps if we look deeper, we realize that the majority of people who didn’t participate were actually people who were on the heavier side or just weren’t comfortable being touched by strangers. Having run it with multiple groups, we can have a more open conversation with the last group, saying that it has worked with others and we’re curious why it didn’t work with them and maybe the participants inform us honestly why it didn’t work for them.

If we don’t lock the variables in the delivery (as much as we can), then we can be even MORE off with our assumption of why it did (or didn’t) work. We may assume it was because they deal with sexual abuse and in reality it was because we gave unclear instructions or that day it was cold and cloudy outside. This tool can help us hone our ability to detect the actual causes of the results and know how to ask the right questions to find them out.

How does this help me work with diverse groups of learners?

By trying to keep everything constant except for the diversity of the learning group, we can focus more specifically on the impact that the diversity brings. In other words, we can practice working with different learning groups, and not have to practice working with different methods, timing, teams, etc., because we have already locked those in place.

What are some things to watch across the groups?

How will we know which aspects of diversity are causing which effects?

Using this technique, I don’t think we can know for certain. I think what the tool does well is help us start the conversation with ourselves, our team, and our participants. As in the example above, if we assume that people don’t participate for X reason, we can start a conversation with the group or specific individuals, either during the workshop, after it, or even before future ones, to ask how X impacted their experience of the workshop. “We noticed that this group didn’t seem to participate as much as the previous groups, which is OK. However, we’re curious—why do you think you participated less?” There can be many techniques for having these conversations that may be discussed in other articles in the library. 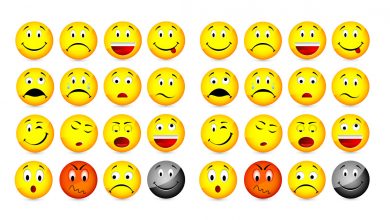 Emotional Intelligence Principles and how to apply them 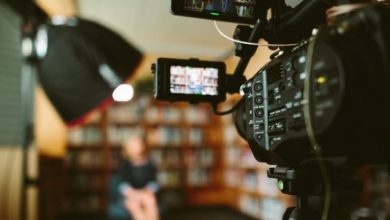