I have seen firsthand the clashes and intensity that can ensue between people who embrace different “cultures” (iPhone vs. android, pc gamers vs. console gamers, Pepsi drinkers vs. cola drinkers, etc.) Based on this I have made the connection between these kinds of clashes and the clash of different and seemingly opposing cultures on a wider scale. We may think of culture as being based on the country of nationality, religion or other major factors, while not being aware that the same elements apply to adopted or even consumption-based cultures. With this article, I aim to broaden the scope and awareness of what “culture” can mean and how to use this to our advantage rather than let it be a disadvantage.

Addressing topics like culture and identity may not resonate with participants, especially the younger ones. However, topics like smartphones and gaming are much more likely to open up their ability to stop and rethink their choices and reflect on others who are different or may/may not share the same preference of a certain device. This makes the identity and culture topics more relatable to participants, as well as reduces the risk of direct cultural clashes by substituting with lighter more relatable examples.

Before we go deeper into this topic, let’s review identity and culture’s basic linguistic meaning. The same way an individual might “Google” those terms to get the meaning in the easiest, fastest, and most convenient way possible these days. Identity is:

We can easily see from the definition above why would someone considers an iPhone as part of their identity, a person thinking of themselves as an iPhone user who sees him/herself (or seen by others) smart or professional because of that. As for the Culture:

“is a word for the ‘way of life’ of groups of people, meaning the way they do things. A culture is passed on to the next generation by learning, and can be seen in people’s writing, religion, music, clothes, cooking, and in what they do.” (wikipedia.org, 2018).

In other words, the group of individuals by using an iPhone can easily identify with it as their culture.

What seems obvious to someone might be very subliminal to another, an obvious choice of smartphone, gaming console, or even something not related directly to technology like a car, for example, may only be obvious to a certain individual, group, or nationality. This is because most marketing campaigns appeal to certain characteristics within people to win them as customers for the brand/product, where after a while those individuals or groups start believing that this brand or product is actually part of their identity. This brings us back to the iPhone example, if you ask any iPhone user now to switch to Android or vice versa, he/she would consider this as something unthinkable unless there was a serious/deep reason. When thinking about why someone chooses something (a smartphone for example), it is easy to assume that others had the same information or insights before making the decision. Even though Akshat Rathi was able to try an Android phone before deciding, as he describes in his article in the Quartz, not everyone is lucky enough to be able to easily test a phone before buying it (Rathi, 2018).

A cultural object can be defined as “a socially meaningful expression that is audible, visible, or tangible or that can be articulated … A cultural object also tells a story, and that story may be sung, told, set in stone, enacted, or painted on the body” (Griswold, 2008). Our example, the iPhone, fits this definition (maybe not in the “painted on the body” part, but who knows!) in the sense that it is symbolic of how the culture of entire countries has changed over time (Condra, 2018). However, because of marketing campaigns, Apple tries to sell to anyone willing to buy the phone. Therefore, we see people using iPhones in parts of the world where they cannot benefit from some of the essential services and features. For example, some applications in the App store are not available outside the US, or the eSIM technology for the new iPhone which is only available in ten countries (Liao, 2018).

Where iPhone might be an obvious choice for someone living in the United States, people in other parts of the world simply cannot have the full benefits of it unless they cheat their way in. A specific example of this are users of the iPhone in unsupported countries (like Iraq) where they have to choose another country to create their Apple ID, which led some people to act in an attempt for change like the petition campaign that Hussein Al-Jazeera launched to make Apple add Iraq as a country of choice when creating Apple ID or for customer support. But regardless of all of those limitations, it is noticeable that iPhone users relate to each other and have a sense of belonging to the “Users of iPhone” group. This does not only apply to iPhone users, but also for Android phone users, gaming console users, and other object-based groups. This can be seen as an opportunity to bridge any differences or plugin any gaps when I see “them” using something I can relate to, the iPhone in our example, I start considering what other common things “they” might have with me as well.

There are several other examples of the “us” and “them” mindset related to objects, most originated from competitor brands like Pepsi and Coca-Cola, PlayStation and Xbox, iPhone and Android, Nikon and Canon, and even food choices like McDonald’s and Burger King. There are many polls, posts and debates on social media for all of the mentioned teams and groups and even more. The same previously mentioned concepts apply in each of those adverse, each of which can be used to bridge a gap that might exist from another. On a much higher level, if we can use those lower-level examples to resolve culture and identity-related conflicts, we can use them and the concepts associated with those simpler things for the bigger more controversial conflicts.

The main reason for taking object-based identities, the iPhone example, is because it can either develop into an identity conflict or can be used to practice resolving other identity conflicts. According to Rothman’s work, Identity-based conflicts are often mistaken for disputes over material resources (Glaser, 2018), which is why the iPhone (and other material objects) example was used in this article. Usually, conflicts on objects (material resources) are clearer and can be defined more easily, this is also true for the wider interest-based disputes which can include even intangibles according to Rothman. However, it is by correctly identifying the type of potential conflict as early as possible, we can address it before it grows into destructive conflict. Not only that but also use it to cooperate and practice to create a more sustainable effect.

Whenever technology or material argument or disputes is spotted, try to look beyond it and understand the motives. Is it really about technology? Or is there another dimension to it? Try to spark the somewhat safe arguments about technology (when the environment allows) to use it to practice spotting and differentiating types and dimensions of Identities and cultures

Arguments and conflicts over material resources may seem simple and harmless, but the identity and cultural conflicts may be expressed as material disputes. These kinds of material disputes can quickly evolve into serious conflicts if not addressed properly and may even lead to violence, the closest example are the clashes that happen sometimes between supporters of different sports teams like the violent rivalry between Manchester United and Liverpool.

The Downside of Knowledge 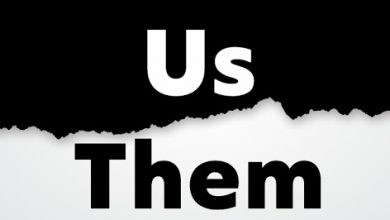